Helping you to live your life your way

For A Life With Quality Care

Royal Bay Care Homes specialise in assured retirement living, providing quality care homes in a number of locations across Dorset, West Sussex, Worcestershire and Northamptonshire.
We are actively pursuing Gold Standards Framework Accreditation status for all of our homes, to see which homes are accredited and the progress of the other homes click on the logo below. 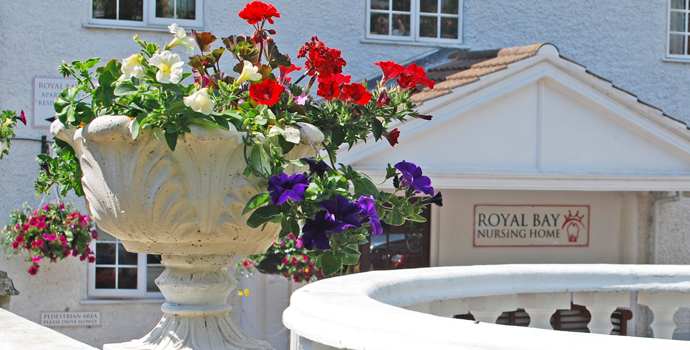 September 4th 2015 was the day that RBCH Intercounty Games took place for the second time ever, getting together staff from our Homes all around the country to have some fun and get to know each other a little better.

The event was held in Dorset in the grounds of Forest Hill House Nursing Home. Residents from the Home as well as staff's friends and families were in attendance to cheer on and support the competitors; and possibly the opportunity for a burger or hot dog. There were many games for the teams to take part including a Mechanical Surf Board, a Gladiator-style Joust, Uphill Team Skiing, Tug-o-War, 'Elephant' Skittles as well as the finalesque 'It's a Knockout' style assault course. It was a fairly close match throughout the entire day as different teams held varying strengths on all the challenges, however Forest Hill House were still confident of retaining their title from last year, but the other teams such as Royal Bay Nursing Home, Aldwick and Royal Bay Residential, Bognor Regis were keen to steal the trophy for themselves. Tug-o-War was definitely one of the aforementioned games in which some teams found themselves more favourable than others, requiring more of a brute force and density, whereas others required a little more niche skill.